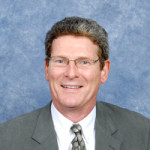 Dr. Richard A. Truesdale, Jr., graduated from Northeastern University, College of Pharmacy in Boston in 1973. In 1976, he received a Master’s Degree from the University of Florida. In 1979, he received a Master’s Degree in Public Health from the University of North Carolina. He graduated from George Washington University School of Medicine in Washington, D.C. in 1983. Both his Internal Medicine training and Fellowship in Gastroenterology were completed at Walter Reed Army Medical Center in Washington, D.C. Dr. Truesdale moved to Ocala and went into private practice in July 1992. He was certified as a Diplomat of the American Board of Internal Medicine in 1986 and the American Board of Gastroenterology in 1991. He was recertified in 2000.